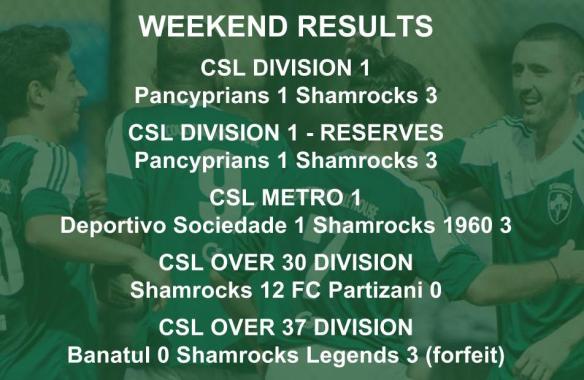 The Shamrocks ended the year on a perfect note with five brilliant victories on the final day of Cosmopolitan Soccer League action before a three-month winter break.

The first team and the Over 30s will head into spring as league leaders after impressive successes on Sunday while the reserves and Rocks 1960 solidified top four berths with eight league games to go.

Popular winger Jamie Clarke will depart the club as top scorer after his clinical first half strike sent the Rocks on their way to a superb 3-1 win over Pancyprians at Belson Stadium. 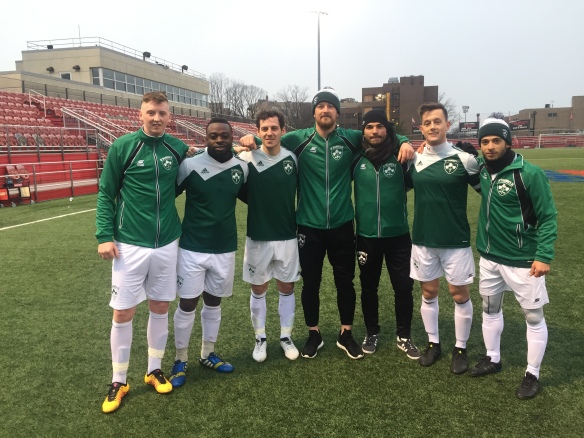 The result meant Kevin Grogan’s men sealed a unique double over the CSL giants while also providing a huge boost to the club’s play-off push in just their second season back in the top flight of New York amateur soccer..

It was the team’s fifth win in succession, opening out a four-point gap over second-placed Lansdowne who have a game in hand after being held to a 1-1 draw at home to the Greek Americans on Saturday night.

Goalkeeper Frankie Tsasse produced the best performance of his Shamrocks career, two penalty saves and several other crucial stops proving critical for his team in what was ultimately a comfortable win. 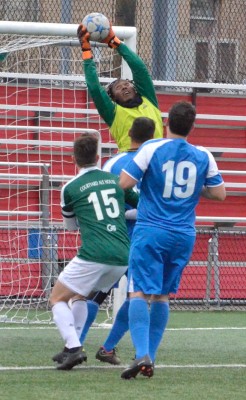 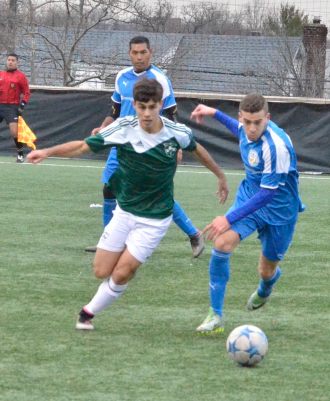 After Clarke pounced to knock home a rebounding Alejandro Fritz effort with almost 25 minutes on the clock, the Shamrocks struggled to add to their advantage and Pancyprians leveled with ten minutes left to the break.

In a game which saw a total of four penalties awarded, Ibrahim Diaby’s missed effort was made up for when his fellow midfielder Giuseppe Barone stepped up to the spot ten minutes later, converting his first goal of the season in style.

With just over a quarter of an hour left on the clock, the Rocks secured the result with an excellent counter attacking goal involving brilliant passes from Cónall McGrandles and Kwesi Mills-Odoi setting up Diaby who brilliantly chipped the advancing goalkeeper.. 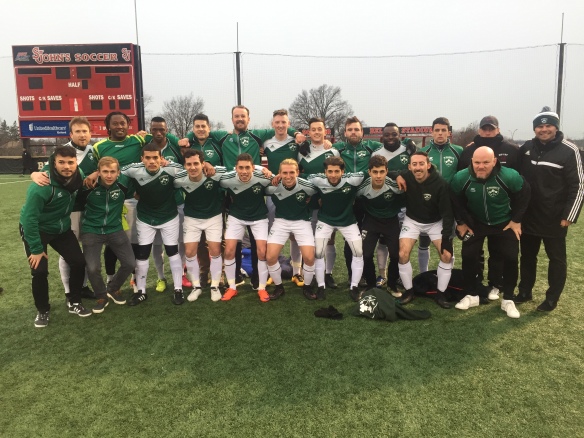 “Amazing first half of the season,” reflected Kevin Grogan.

“An amazing club with a quality structure behind the scenes. It’s every manager’s dream to be at a club like the Shamrocks.

“We want to thank Jamie Clarke for his contribution to the club. We wish him all the best for the future. He left with a touch of class today with a goal and an amazing speech after the game. He said he made friends for life and that sums this club up in a nutshell.

“We will regroup now over the holidays and then structure the new year so we can maintain success.”

The reserves also won 3-1, dominating the curtain raiser against their struggling Pancyprian counterparts thanks to goals from Sean O’Neill, man of the match Mike Stone and captain Paul McDaid.

The Rocks played a stylish opening half but were unfortunate to be only one goal to the good at the break, Joe Connolly’s saved shot tapped home by his strike partner O’Neill after 25 minutes. 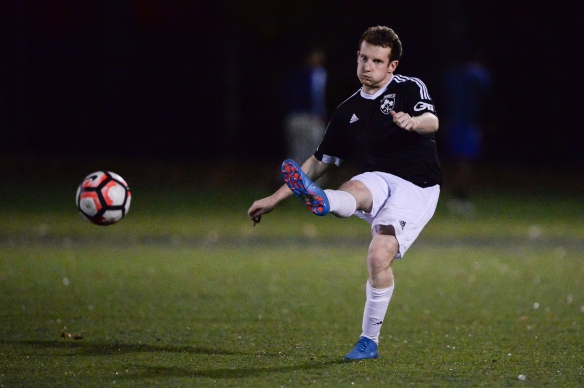 After Stone was pushed from right back to right wing, he made the most of the move, turning in on his left to send a blistering strike to the top far hand corner of the net. After McDaid tidily finished a great move with ten minutes to go, the game was over as a contest although there was time for the home team to convert a late penalty.

This fifth league win in a row ensured the Rocks stay within four points of leaders Lansdowne and, crucially, opened out a nine-point gap back to fifth-placed Cedar Stars Academy with the top four qualifying for the play-offs. 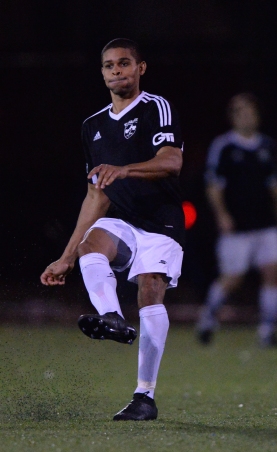 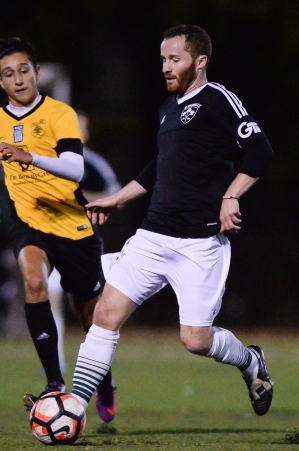 “We really clicked as a team – that was the most encouraging thing,” said coach John Riordan.

“Joe Kennedy was brilliant at center back and I thought Larry Slaughter played one of his best games of the season. Mike Stone was incredible and I was glad he got rewarded with a goal. Sean O’Neill was superb up front too and he could have scored a hat trick.

“They are a pleasure to work with and they are all hungry for success. They don’t want this winter break – that’s how much they’ve gained confidence in each other. But we’ll come back in March ready to push home for the play-offs and then anything is possible.”

Meanwhile, the Over 30s braved the sleet of Sunday evening to fire 12 goals past Partizani without reply at Randall’s Island.

Their tenth win of the Fall was inspired by an incredible five goals from Johhny McGeeney and four from Sean Riley, the duo now level with each other at the top of the club’s scoring charts with 15 each. The other strikes arrived courtesy of Nei de Oliveira, Alex Berne and an own goal.

“The big score leaves us top of the table on goal difference. Our front men will cause any team trouble and they were on top form. Riley and Johhny were top class.

“It was a great team performance in very bad conditions. To be top of the league and in the last eight of the State Cup, that’s a great way to finish the first half of the season. All credit to the players – they have been great once again.”

Dave Harvey scored twice for Shamrocks 1960 in a 3-1 win over struggling Deportivo Sociedade at Flushing Memorial Park, a result that kept Andy Connolly’s men fourth in the Metro 1 standings. The game also heralded Johnny Hall’s first goal for the club.

The scheduled trip for the Legends to Banatul was forfeited by the home side, handing Emmett Harvey’s men an automatic 3-0 win to round out their year, sending the team up to third in the conference.