With the new season just under three weeks away, the NY Shamrocks Soccer Club gathered for their annual Sunnyside Gardens Six-Aside Tournament at Sunnyside Gardens Park in Queens on Sunday and a highly enjoyable day was had by all.

The idyllic surroundings of the park were a perfect backdrop for some very exciting games that pitted eight teams against each other in competitive but fun games.

Kids enjoyed a bouncy castle and – the highlight of the day – a race across the field with a very happy medal presentation directly afterwards.

“This is the ideal way to celebrate the start of a new season,” said social secretary Aoife West, the event organizer. “A lot of new players were experiencing this occasion for the first time and they will now have a sense of the community which has built up around this club over the years.

“I want to thank the committee members who volunteered their time and all our sponsors, especially GTI, AJ Interiors and the Courtyard Ale House. I want to also thank all the players who gave up their Sunday to join in the fun and we are very grateful that Flynns, McGuiness and The Dugout sent teams along to take part.”

In the end, the King McCormack Trophy was awarded to tournament winners, the Shamrocks First Team, who won a tense penalty shoot out against the Over 30s/Legends team. 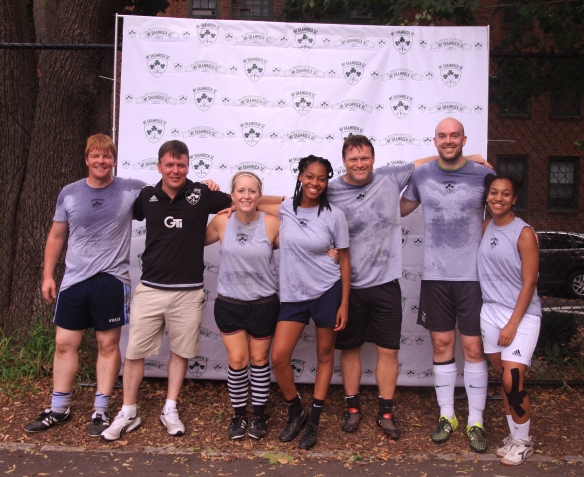 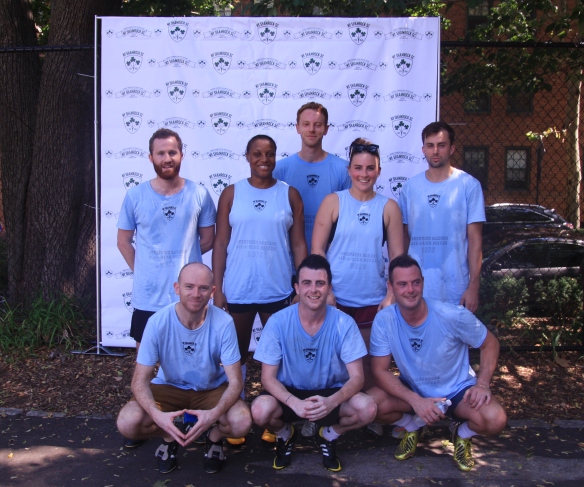 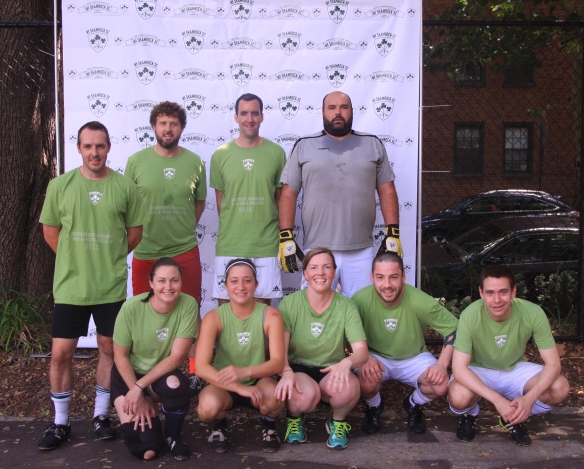