Mr Rooney was being honored alongside former team manager Billy Barron and former star player, Paddy Rooney. All three men received an emotional standing ovation from the 180-strong crowd before being joined on stage by some of the other key figures of the 1960s for a brilliant rendition of ‘The Shamrocks Song’.

It was a fitting end to a historic season in which five trophies were secured thanks to title victories for the Over 30s, Shamrocks 1960 and the Women’s team.

Players on all teams were also honored for their contributions this past season. First team player of the year Zach Gosse was a popular choice while women’s team captain and top scorer Sinead Hennessy earned the nod from her team mates for her 25 goals.

The main man for the Over 30s was center back Billy Hole and the Legends selected Richie Brennan, also a staunch defender and popular team mate. Darren Coleman, top scorer for the reserves, was that team’s player of the year while Ciaran Moloney was a unanimous decision for the 1960 lads.

The other top scorers who accepted awards for their goal haul were Santiago Rigby (first team), Dave Harvey (1960), Ger Shivnan (Legends) and the strike partnership of Tayfun Gokmen and Sean Riley who racked up an impressive tally of 21 goals each for the double winning Over 30s.

“This was a great night for the club,” said club president Sean Mc Mullan. “It was a privilege for us to welcome some of the incredible people who got our club going in the 1960s and they were delighted to see the progress that has been made by us over the last three years.”

Clubman of the Year John Riordan echoed the president’s words.

“The committee has worked hard all year to achieve all this success,” he said. “Clubman of the Year is a lovely honor but it’s all down to the hard work of Sean Mc Mullan, Pat Burke, Braden Ruddy, Keith Buckley, Tricia Reed, Sinead Hennessy, Glen Wrafter, Ducky Kelly, Paddy Mc Carry, Kevin Mc Partland, Neil Mannion, Andy Connolly, Stevie Doyle and all the coaches and players who represent this club so well.

Clubman of the Year John Riordan

“It was a real pleasure to have the honorees and their friends and families involved. It was great for our younger players to meet them and hear about their experiences 50 years ago. This will be a big platform as the club looks to grow further next season.”

It was also announced at the event that this year’s golf outing – the fourth such event – will take place on Monday September 12 at Lido Beach while the hugely popular Sunnyside Gardens 6-aside will be held on Sunday August 20.

The Shamrocks Women’s team celebrating with their league and cup trophies.

The Shamrocks Legends who just enjoyed their first season as a team. 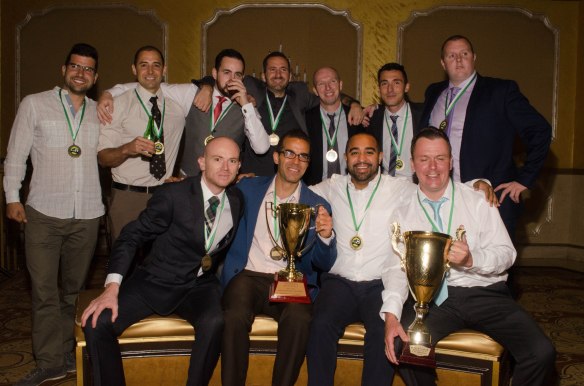 The Shamrocks Over 30s enjoying their league and State Cup trophies. 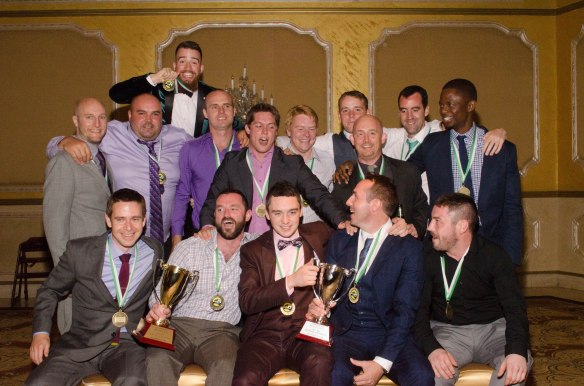