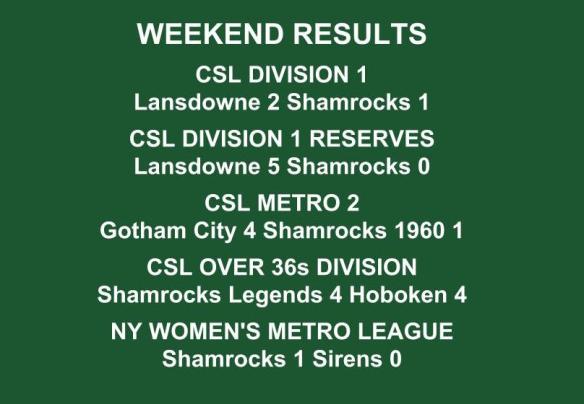 Becky Torres was the goal hero for the Shamrocks Women at St Michaels on Sunday in a vital 1-0 victory over title rivals Sirens.

And the win-at-all-costs spirit was personified by Brittany Meade who took an overnight bus from Pittsburgh to make the game, the much needed victory putting the Rocks five points clear at the top of the table with two games to go.

Meade’s assist for Torres’ first half goal set up a perfect finish by the midfielder but Sirens rallied and pushed the Rocks all the way.

“We had a solid performance,” said coach Paddy Geraghty.

“We did what we needed to do. I’m very happy we kept another clean sheet. A win next Sunday seals it for us but we’ll take it just as seriously as we did today.” 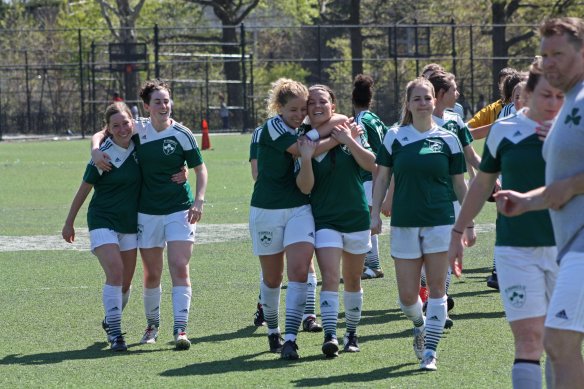 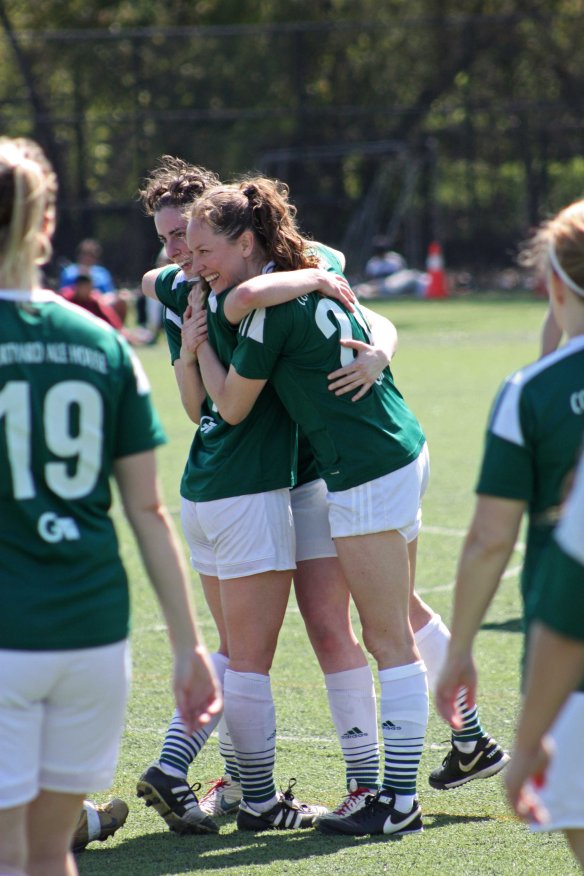 On Saturday night, the Irish Derby ended in a 2-1 defeat for the Shamrocks.

On what was a very proud night for both clubs – the commemoration of the 100th anniversary of the Easter Rising was handled with great dignity by all those in attendance, including the players – the Rocks took an early lead through Alejandro Fritz that put the hosts on the back foot.

However, the Bhoys leveled just before half-time and took the lead early in the second half to secure all three points.

“We worked very hard against the champions,” said Kevin Grogan. “We are playing all the top teams and thats a great learning curve for our players and this will stand to them.

“We move on quickly now to play the Eagles who are another big team. As always we are building for the future. We have come a long way. Thank you to the great support Up there on Saturday.”

The reserves were beaten 5-0 in the opener.

Meanwhile, Rocks 1960 were overturned by their divisional rivals, Gotham City at Randall’s Island, losing 4-1 to their second placed opponents.

Dave Harvey’s second half goal canceled out a 1-0 half-time deficit but Gotham City immediately went 2-1 ahead and pushed on from there, narrowing the points gap to seven points.

“We experienced a real blow and now our character is really going to be tested,” said Andy Connolly.

“But I’ve played football with many teams in places like Navan, Dublin, Galway, Edinburgh, Okayama (in Japan), and New York, and I’ve yet to come across a squad of players that have a better mindset and who have more guts than Shamrocks 1960.

“These lads are outstanding and they’re going to come out roaring like lions next week. There’s nothing I’m more certain of.”

In the final game of the weekend, Paddy Geraghty wrapped up a perfect Sunday for him personally with a dramatic last-minute goal that helped the Legends share the spoils with Hoboken in an exciting 4-4 draw at St Michaels.

Eoghan McParland opened the scoring for the Legends after Hoboken grabbed an early lead. John Riordan slotted home to make it 2-1 after good build-up play from Ducky Kelly and Karol Hughes.

Hughes himself then made it 3-2 in the second half with a great lob from just inside the box. But Hoboken came back and took a 4-3 lead that would be ultimately negated by Geraghty’s late header, set up by Emmet Murphy.

“We fought until the end and were well deserving of the point. The whole squad played their part. We’ll be happy to carry that spirit into the remaining games.”