The Shamrocks returned to life in the top flight of the Cosmopolitan Soccer League with a well deserved 1-0 win over the Greek Americans at St Michaels on Sunday. 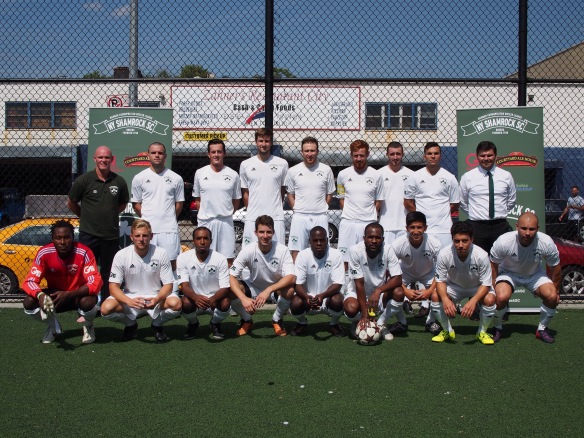 The NY Shamrocks team that won their First Division game 1-0 over the Greek Americans on Sunday at St Michael’s.

A late goal from Chris Uy sealed victory after a great pass down the right flank from Sean Doran found Joe Connolly who crossed low to Uy.
“Its a great win for the club today against the Greeks who are one of the top teams in the league,” said Grogan. 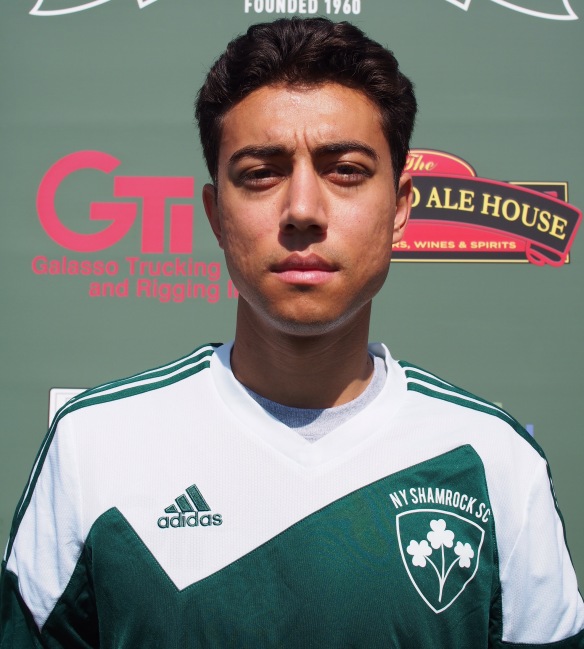 Chris Uy scored the winner in his first start for the Shamrocks – Picture: Braden Ruddy

“It’s all about the club today and the great history. They are back were they belong and I’m just delighted to be involved. We won’t get carried away with the win though. We will start again on Tuesday in training prepping for the next challenge. Win lose or tie its always about the next game”

Meanwhile, in the curtain raiser, a hat trick from Darren Coleman got the reserves team off go the best possible start, a 5-3 victory in what was a very open and enjoyable contest.

Tipperary-born Coleman finished brilliantly from a Brendan Lane cross after five minutes and two minutes later, Leo Nizzi scored after being set up by Joe Zorbo.

Zorbo then set up Brendan Lane for the third, Lane striking his shot to the top corner from the edge of the box. 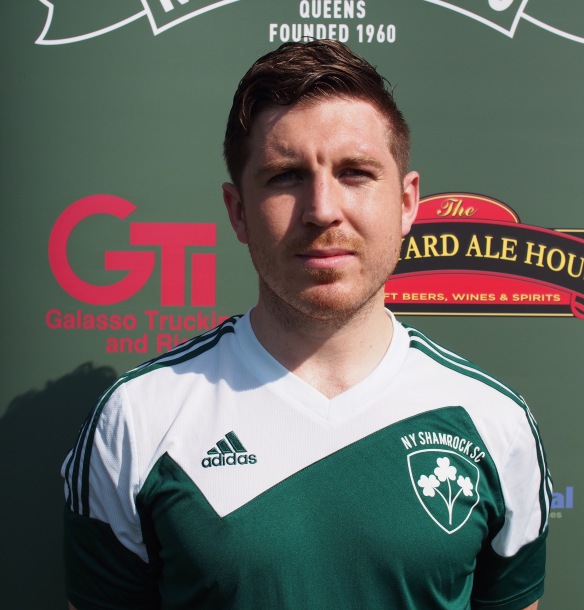 The Greeks struck back after a defensive mix up in the 17th minute and after that quick start, there wasn’t another goal until Coleman’s second in the 70th minute.

The visitors got it back to 4-3 with a quick brace but Coleman sealed the win late on.

It was a perfect start to the day for the club when the league champion Over 30s begun their title defense with a 2-1 win over Manhattan Kickers Premier.

In their championship winning season, Kickers were the only team that managed to beat Paddy Mc Carry’s men so this was a tough proposition but not until the final five minutes did the visitors ever threaten the goal tended by new signing Jay Palmer. 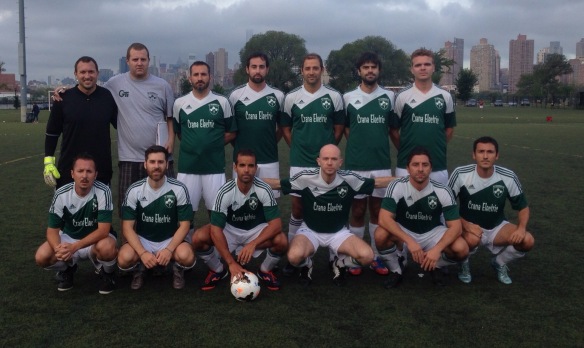 Goals either half from Tayfun Gokmen – a spectacular free kick – and Shawn Baron, who was making his return to the Rocks.

Making their debut in Metro 2, Shamrocks 1960 got off to a winning start with a 2-1 win over Beyond FC at Randall’s Island.

Ciaran Moloney scored in the first half and Dylan Wallace got the winner with ten minutes to go.

A Tyrone Kent hat trick was not enough to see the Legends (Over 36s) past Hoboken in their league debut in New Jersey.

The Shamrocks Women were unlucky to lose 3-1 against NY Skulls, Sinead Hennessy scoring the Rocks consolation.