Over 30s keep 100% record going, reserves top of the league and still unbeaten

The Shamrocks Over 30s settled well into their new kit with another excellent victory on Sunday, beating Megas Alexandros 4-1 at Randall’s Island. 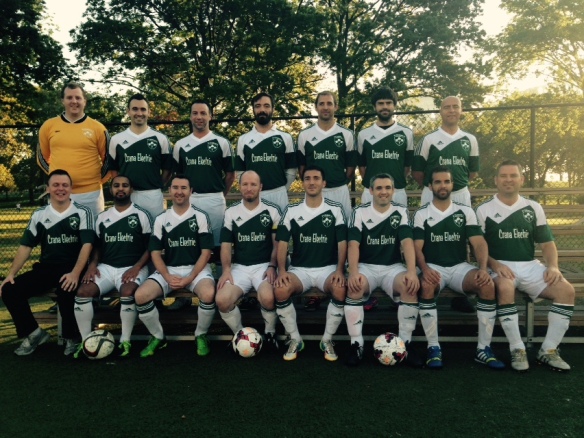 The Over 30s pictured before their 3-1 win over Megas Alexandros. Picture: Eoin Sweeney

There will be an official unveiling of the new jersey – which is kindly sponsored by Crana Electric – next Sunday at the Courtyard Ale House but the unofficial baptism was a good one, with Sean Riley scoring another brace, his strikes bookended by Adrian Morrissey’s first of the season and a Tayfun Gokmen penalty.

A double from Joey Aronovsky was not enough to get all three points – after dominating possession for most of the game, the hosts headed home in the 91st minute to get a share of the spoils.

Stevie Doyle’s reserves are still top of the table after they registered an impressive 3-0 win with goals from Paul McDaid, Leandro Fregossi and Sean Hand. 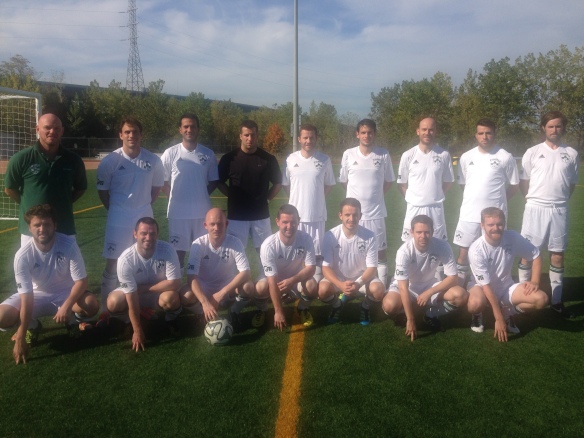 The reserves line up prior to their 3-0 win over New Amsterdam. Picture: Jennifer Kraus

The women fell to their first defeat of the season, losing 3-0 at Pier 40 to Sirens.

The women’s team photographed this past weekend. Picture: Eoin Sweeney

Next Sunday, the men’s teams are all at home while the women have a late trip to College Point.