After a busy summer recruiting, the Shamrocks first team got off to the perfect start with a 5-0 win over FC Japan at Roosevelt Island on Saturday night.

Coach Glen Wrafter added a number of new players to the revamped squad, some of whom made their debuts in a win that sees the Rocks head into the second weekend in third place. 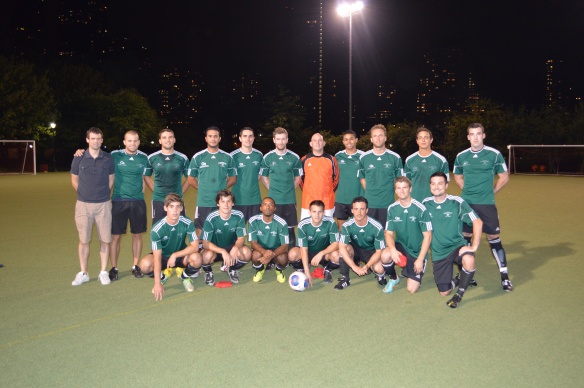 James (Scouse) Wright started in goal having made the move from Lansdowne Bhoys. Larry Slaughter, another new recruit started at right back and both wings were also debutants, Brendan Lane and Mike Stone (who put in a man of the match performance). Mitch Jones, also making his first start to the Rocks put in an impressive shift and was unlucky not to get on the score sheet. Antonio Rebello, who recently moved from Brazil played as the lone striker.

Rocks went ahead after 20 mins with a volley from Mike Stone. Antonio Rebello added the second with a fine low drive from 25 yards after 30 mins. Brendan Lane netted the third finishing neatly after an impressive dribble after 35 mins.

Rock’s captain Shane Moore netted the fourth after 40 mins and was unlucky not to add a second when a drive from 25 yards hit the post. Antonio Rebello rounded off the scoring after 60 mins.

“All in all a good start to the season,” said Wrafter. “Next game will be away to NY Ukrainians and with Hoboken and CD Iberia all to come, September could define our season.”

New reserves coach Stevie Doyle watched his reserves draw 2-2 in a tough encounter that saw the home side battle back from a 1-0 deficit.

Captain Ruairi Lavery’s headed equalizer from a Conor Bradley corner was well earned while a fine finish from Pól O’Kane put the Rocks ahead until a late Japan free brought the visitors level against the run of play. 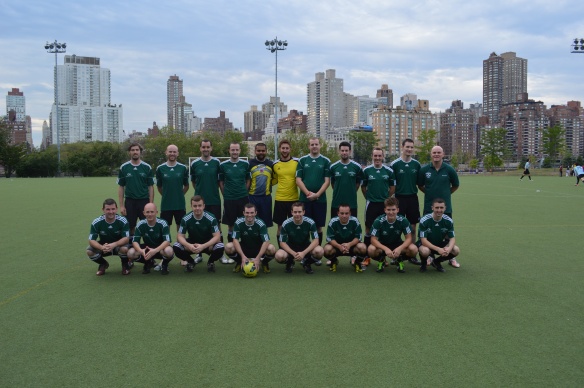